In pursuit of the American dream, on March 8, 1978, a group of 19 highly motivated, technical salespeople founded Tencarva Machinery Company as a corporation. Many of these founders had upwards of 25 years of expertise in machinery sales and applications. Becoming a collaborative committed team, they risked their livelihoods, their savings, and their futures to form Tencarva Machinery Company.

Today, more than 40 years later, Tencarva Machinery Company, LLC, is owned by over 100 active employee stockholders, who continue to invest their time and effort to work above and beyond the call of duty to provide the best possible technical equipment solutions to Industrial and Municipal customers throughout the Southeast United States.

Tencarva recognizes that providing reliable, application-specific, and cost-effective technical pump equipment solutions to our customers is one key to our survival and growth, but most importantly, superior performance in providing products and services for our valued customers has enabled the company to thrive and move forward into new horizons with a solid and stable foundation. 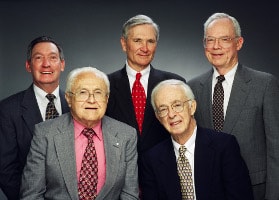 On October 17, 2001, Tencarva acquired Hudson Pump & Equipment headquartered in Lakeland, Florida. Now a division of Tencarva, Hudson covers a territory that includes all of Florida except the panhandle west of Tallahassee, and a few accounts in southern Georgia. In addition to the Lakeland facility, Hudson has offices in Jacksonville and Miami.

On December 1, 2001, Tencarva made another acquisition, Southern States Industries in Memphis, Tennessee. With this acquisition, Tencarva strengthened its position in the municipal market in western Tennessee, northern Mississippi, and Arkansas.

On May 1, 2006. Tencarva acquired the municipal division of Emory Wilson located in Greensboro, North Carolina. This further projected Tencarva into the municipal market providing sales and service to municipalities and local government entities.

Tencarva acquired Electric Sales & Service (ESSCO) with locations in Greensboro, North Carolina, and Martinsville, Virginia on June 1, 2010. ESSCO is a distributor of electric motors and drives. The combination of ESSCO’s electrical knowledge and products along with Tencarva’s resources provides a great benefit to customers and manufacturers.

In October 2011, Tencarva acquired GPM Industries, Inc. and GPM Environmental, Inc., with three locations in Georgia: Alpharetta, Macon, and Savannah. This extended Tencarva’s ability to provide sales and superior service throughout the entire state of Georgia. The GPM name was retired and changed to Tencarva in the Spring of 2016. (3/30/16)

Southern Sales, Inc. a Nashville, TN distributor of pumps and process equipment for the municipal market joined the Tencarva family on November 30, 2012. This further strengthened Tencarva’s position in the municipal market throughout the southeastern United States, and Indiana, Kentucky, and Ohio.

This website uses cookies to improve your experience while you navigate through the website. Out of these, the cookies that are categorized as necessary are stored on your browser as they are essential for the working of basic functionalities of the website. We also use third-party cookies that help us analyze and understand how you use this website. These cookies will be stored in your browser only with your consent. You also have the option to opt-out of these cookies. But opting out of some of these cookies may affect your browsing experience.
Necessary Always Enabled
Necessary cookies are absolutely essential for the website to function properly. This category only includes cookies that ensures basic functionalities and security features of the website. These cookies do not store any personal information.
Non-necessary
Any cookies that may not be particularly necessary for the website to function and is used specifically to collect user personal data via analytics, ads, other embedded contents are termed as non-necessary cookies. It is mandatory to procure user consent prior to running these cookies on your website.
SAVE & ACCEPT